We crunched the numbers to see how LA’s neighborhoods stacked up in terms of sales volumes for condos and co-ops. The top five areas, based on Q4 sales volume (2016 v. 2015), are as follows:

These findings come on the heels of our Q4 report for single-family homes sales volume, which also has interesting insights. 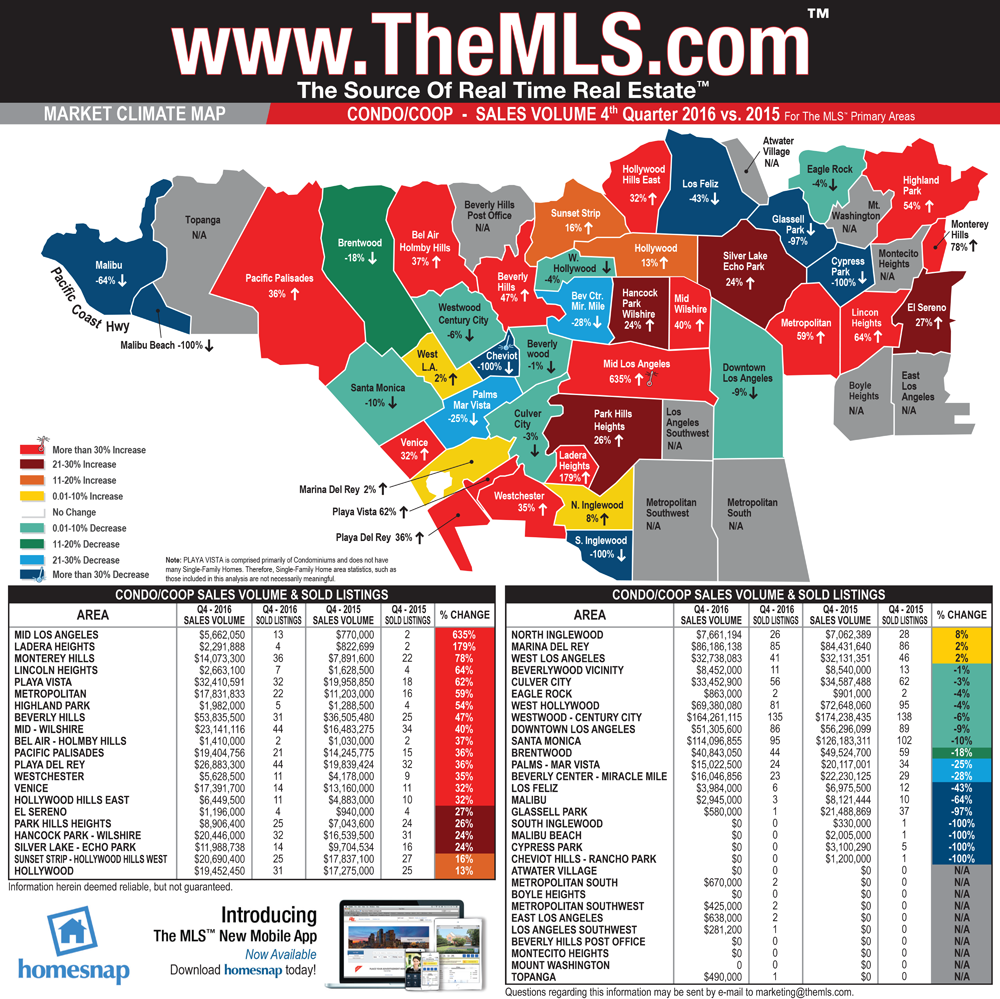 A Preview of The MLS™ Summit 2017 Lineup