Last month, we compared the Q4 sales volume of condos & co-ops from 2015 to 2016. Now we’ll take a closer look at pricing by reviewing the median prices of condos & co-ops sold during that period. Take a look at our heat map below: 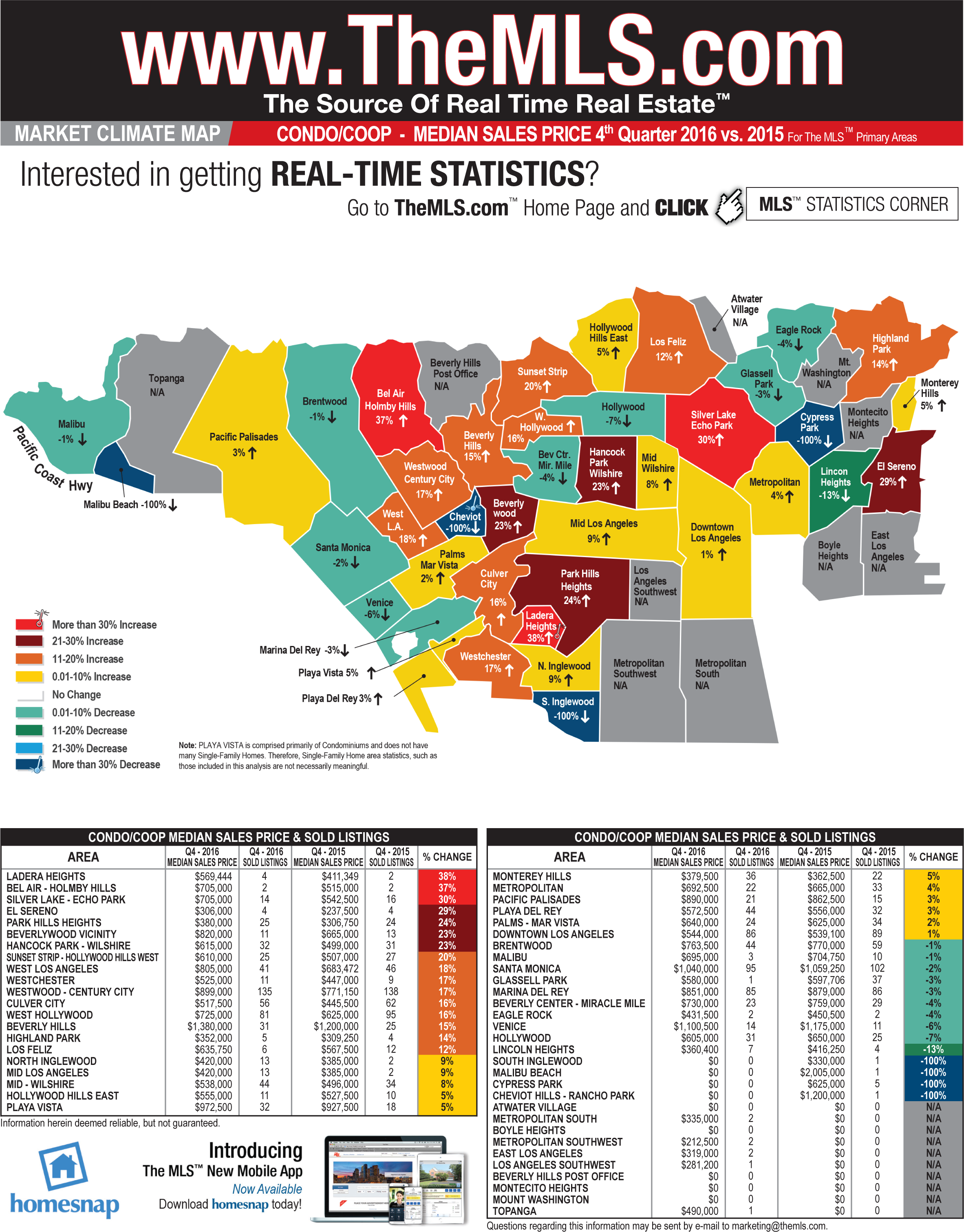 The greatest growth was seen in Ladera Heights, Bel-Air / Holmby Hills and Silver Lake / Echo Park, respectively, where the median sale prices increased by over 30%. Rounding out the bottom of this list were Malibu Beach, Cheviot Hills-Rancho Park, South Inglewood, and Cypress Park, all of which saw a 100% decrease in median prices – ouch!

Ladera Heights: 38% Increase
The greatest increase of this was also one of the smallest areas. Ladera Heights doubled its amount of sold listings from 2 to 4 with an increase of over $150,000 in median sale price. This year, Ladera Heights is selling a quaint fixer upper that once belonged to NBA Legend Jerry West.

Bel-Air / Holmby Hills: 37% Increase
The home of Fresh Prince didn’t raise its sales volume. However, it saw a sizable increase of nearly $160,000 in median sale price. This posh area also saw major growth in terms of single-family homes sales. Don’t be surprised if prices continue to rise, because the priciest home in the United States is now up for grabs in this area. If you’re looking for something a bit more reasonable, check out this listing below:

Silver Lake / Echo Park: 30% Increase
In addition to having one of LA’s most iconic parks, the Silver Lake / Echo park area proved to be a hit for the market in 2016. This is in part due to efforts of talented agents in the area. You might want to keep your eye on this area and Palmetto Dunes condos for sale in 2017!