This week, we bring you the median sales prices for condos & co-ops – our final market climate map of the 1st quarter. The trend for Condo/Co-Op sales prices in the combined LA / Westside region wasn’t quite as extreme as the sales volume, but the good news is that we are seeing mostly shades of red – 28 areas of growth, 11 areas of decline, and 11 areas with insufficient data. Here are the top 4 performing areas:

3. North Inglewood ($227k to $302k, 33% increase) – North Inglewood has seen substantial growth thus far, which is likely a direct result of the new stadium being built for the two NFL football teams that have recently relocated to Los Angeles. This area has been selling a decent number of condos & co-ops over time, going from 33 properties sold in Q1-2016 to 29 sold in Q1-2017. 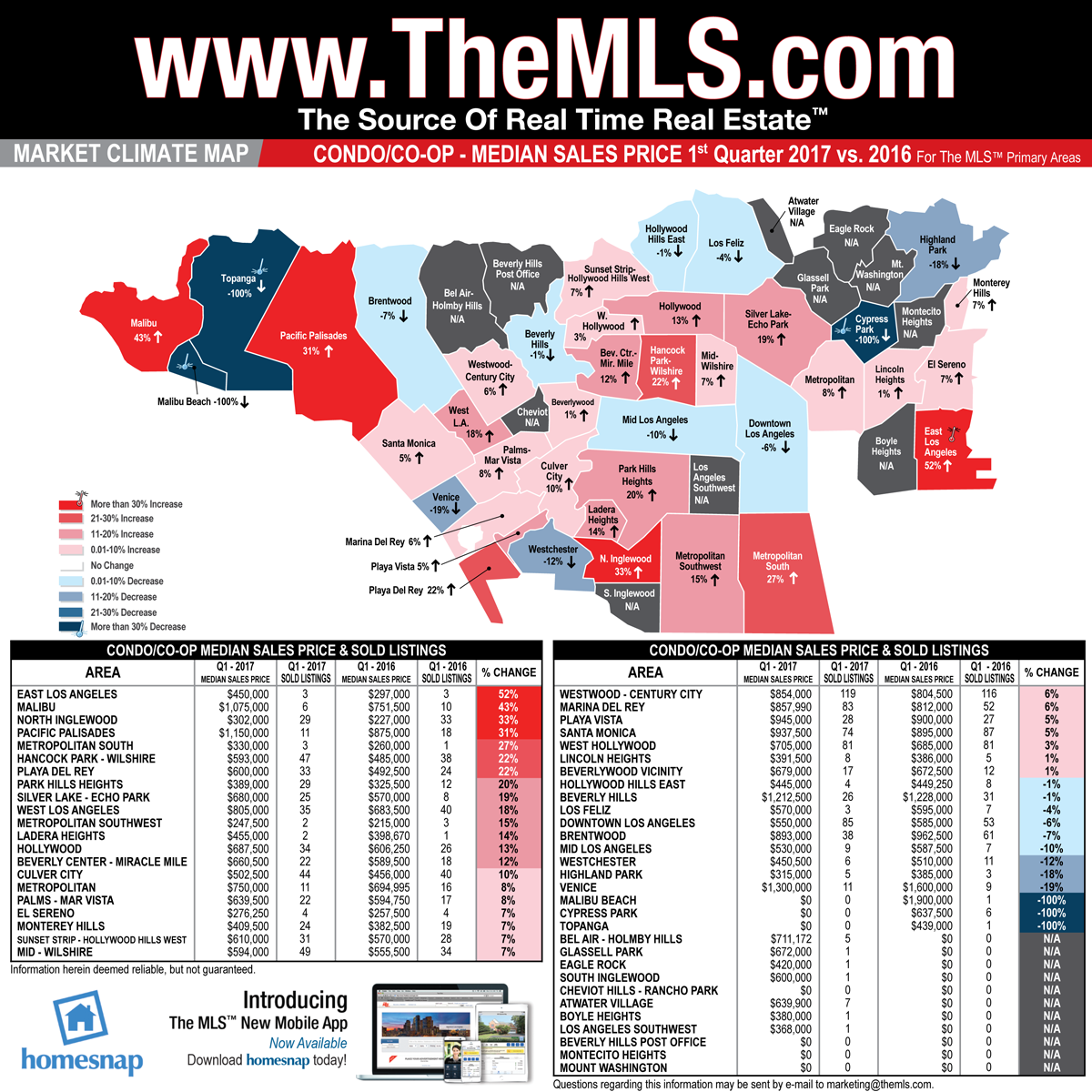 How to Use Live Streaming to Up Your Real Estate Marketing

Introducing MLS-PUSH, A FREE Benefit for Realtor Members of The MLS™