Anyone keeping track of the Los Angeles real estate industry knows that sale prices have been skyrocketing and days on market have been plummeting, but current data from The MLS™ shows that Summer 2017 is actually breaking records for this past decade. Here are some visuals comparing sale prices against days on market: 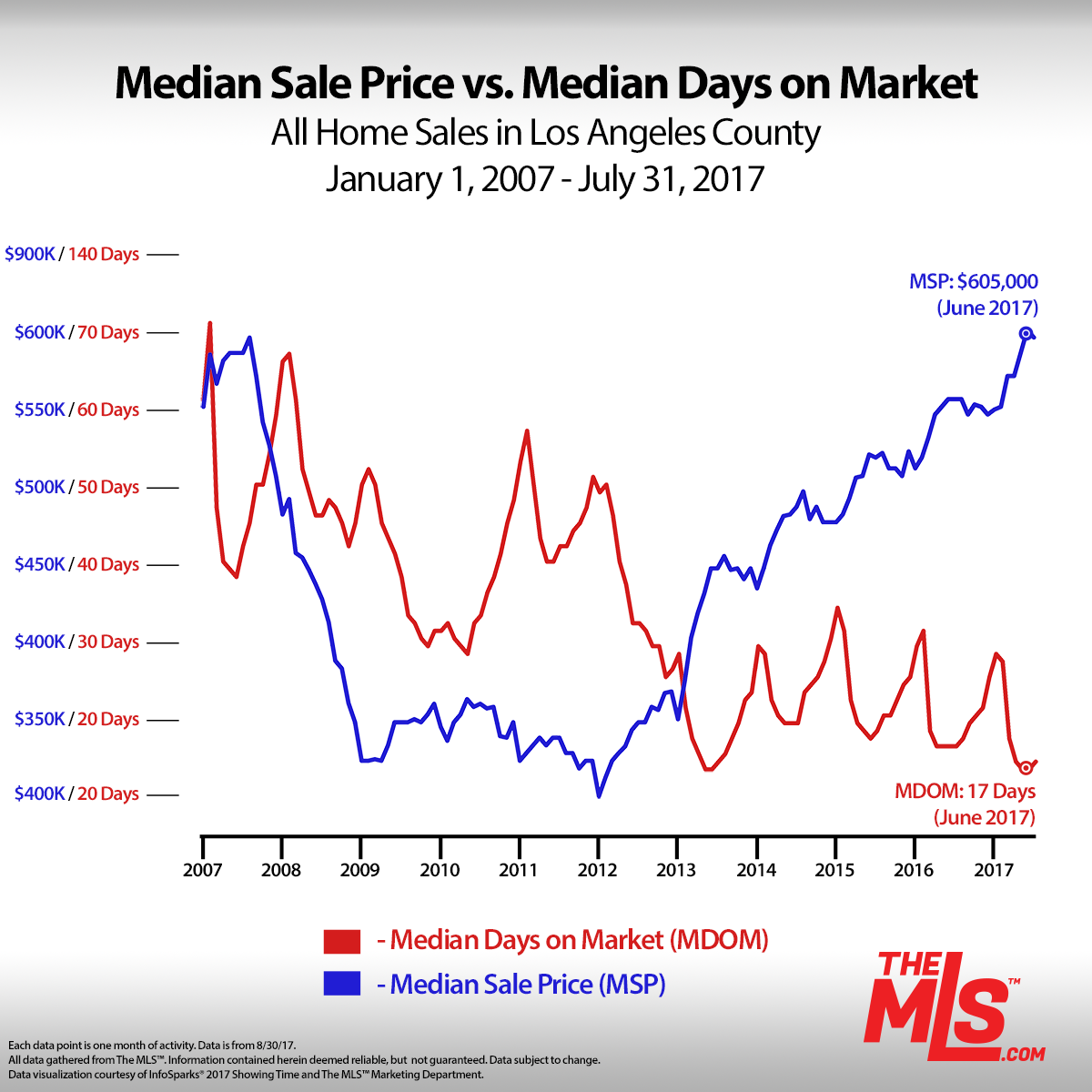 As we can see here, median sale prices have seen a sharp rise since the year 2012, starting from a median sale price of $400k in January 2012 to a decade-high 605k in June 2017. Meanwhile, median days on market saw a similarly sharp decline from January 2012 to mid 2013. Since then, median days on market have cycled through lower ups and downs, averaging in the mid-20s. 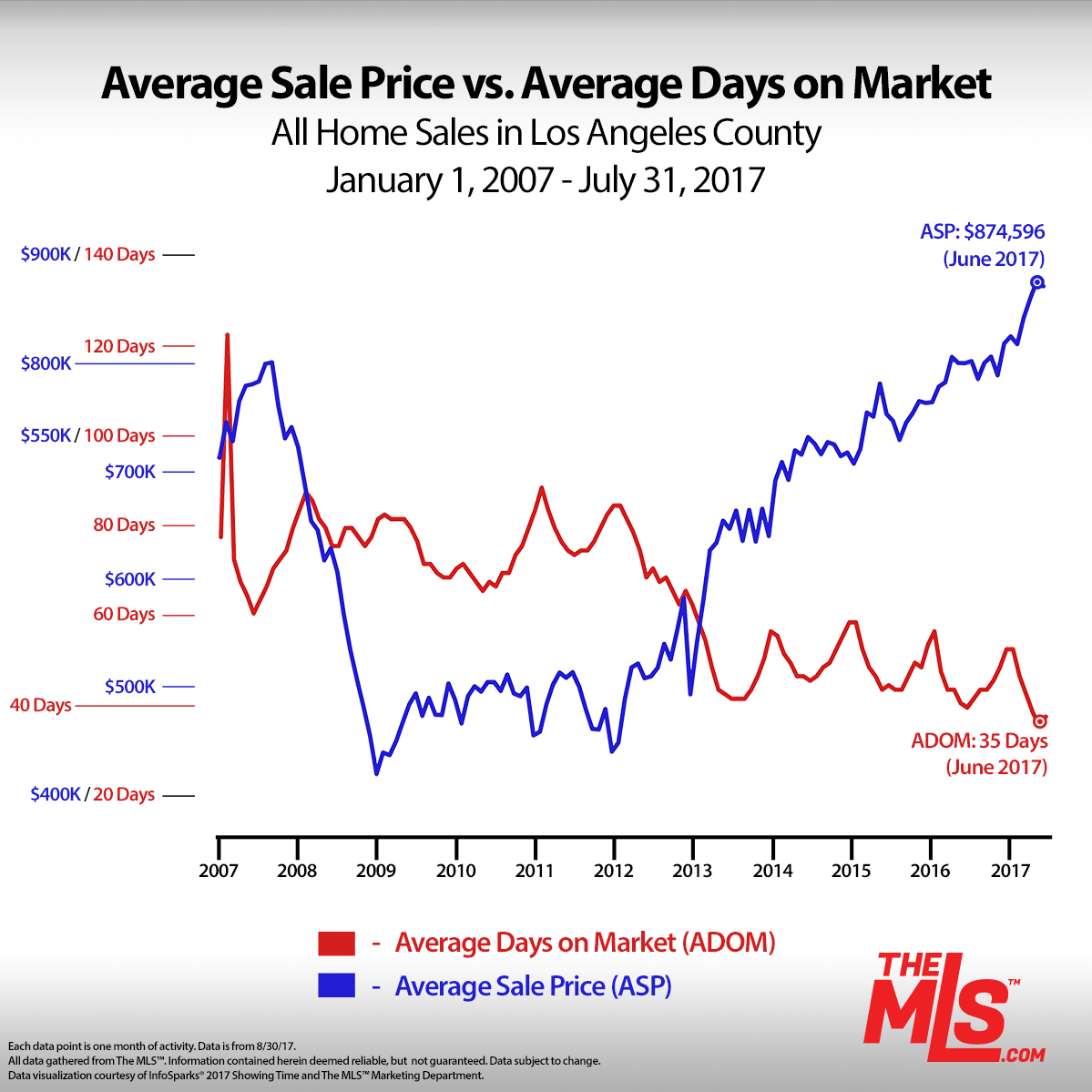 This graph shows that average sale prices reached a decade-long low in January 2009 at around $425k, steadily climbed to around $500K in late 2012, then have sharply risen ever since, with a decade-long high of $874,596 in June 2017. Meanwhile, average days on market have seen a steady decline since January 2008, with a record low average of 35 days on market in June 2017.

Higher ticket home sales are showing no signs of slowing down any time soon. Given that inventory is scarce, now is the absolute best time for homeowners to sell, because they can capitalize on the quickest, biggest profits that LA county has seen in the past decade.

Please note this data is from January 1st, 2007 to July 31st, 2017, encompassing all home sales (both single-family and condos/co-ops) in LA County.

How to Prepare for a Natural Disaster