According to Economic Consultant Bill Conerly, a bubble is defined as, “a run-up in the price of an asset that is not justified by the fundamental supply and demand factors for the asset.” Today we’ll check in on some key factors that contributed to the last bubble and see if Los Angeles’ real estate market shows any cause for concern.

Sale prices have been climbing steadily since January 2012 and show no signs of slowing down. We are now averaging above the peak sale prices seen prior to the last bubble, and analysts project that in 2018, sale prices will continue to rise, creating an additional 1 trillion dollars in home-equity wealth. 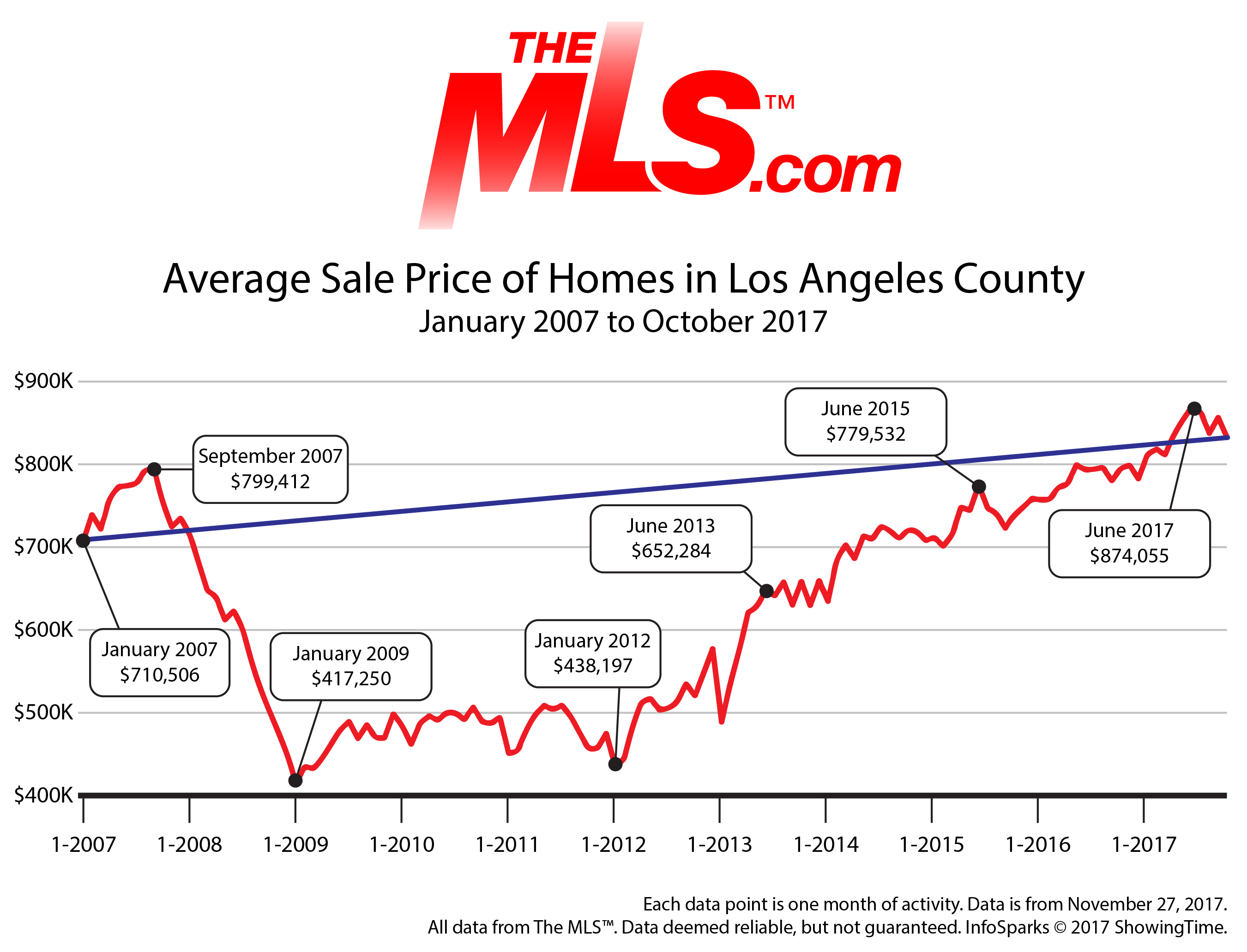 One of the biggest factors in the growth of sale prices has been record-low inventory. Although local government has taken steps to construct more housing, the numbers show that we are far from having a large enough inventory to meet the needs of our rapidly growing population. 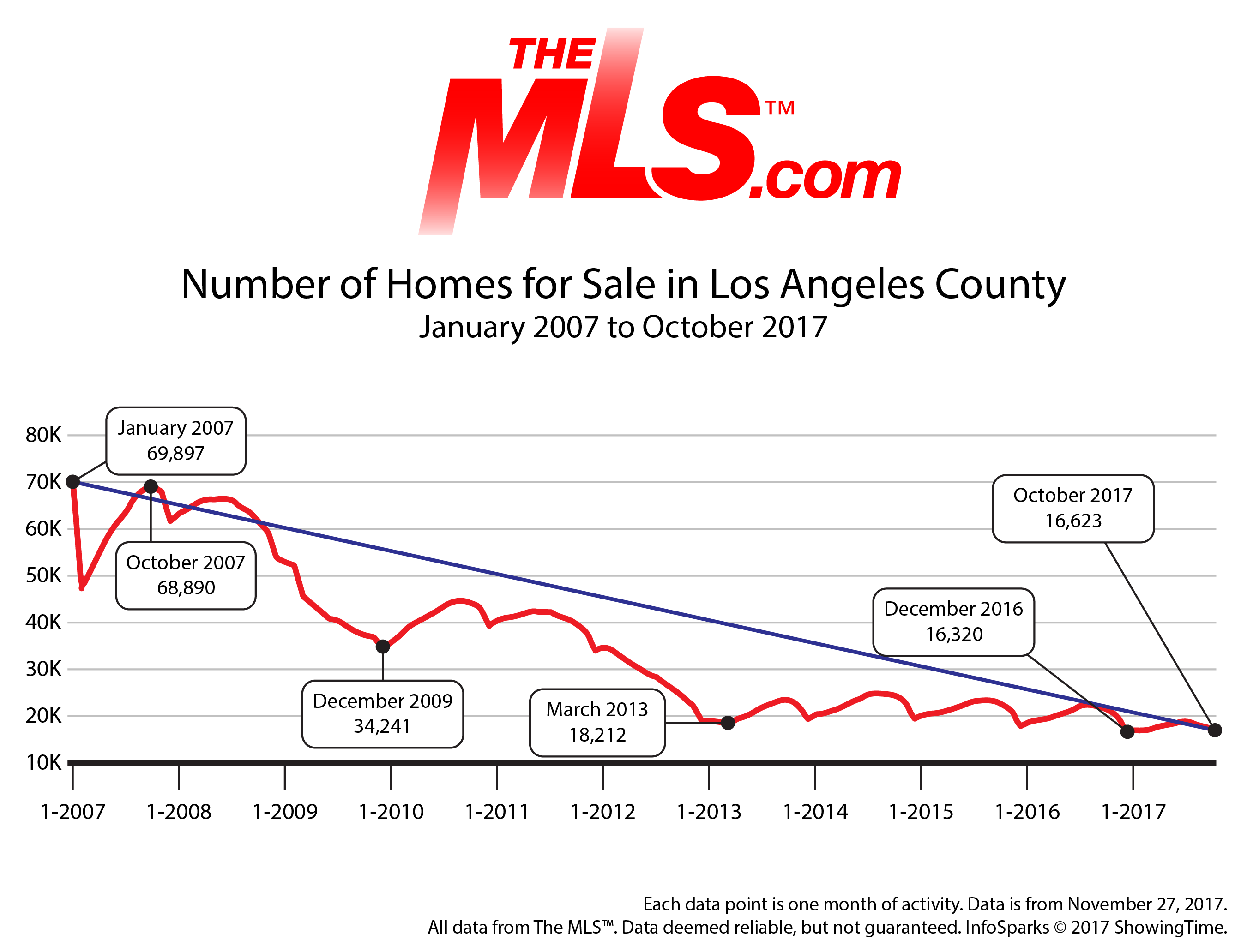 With a personal income increase of 3.4% and an unemployment decrease of .7%, California stands out as one of five economic stars of 2017 in the United States in 2017. However, Los Angeles County continues to struggle with slow income growth and a profound shortage of affordable housing for its residents.

The real estate market has seen growth ever since Donald Trump took office. Now, one of the biggest factors in housing speculation is the Trump administration’s proposed tax reform. Included in this plan is a doubled, simplified standard deduction and the elimination of state and local tax itemized deductions. These changes will raise the after-tax cost of homeownership for most homeowners. In a survey taken at the California REALTOR® Expo 2017, a vast majority of people believed that this reform would not improve the real estate market: 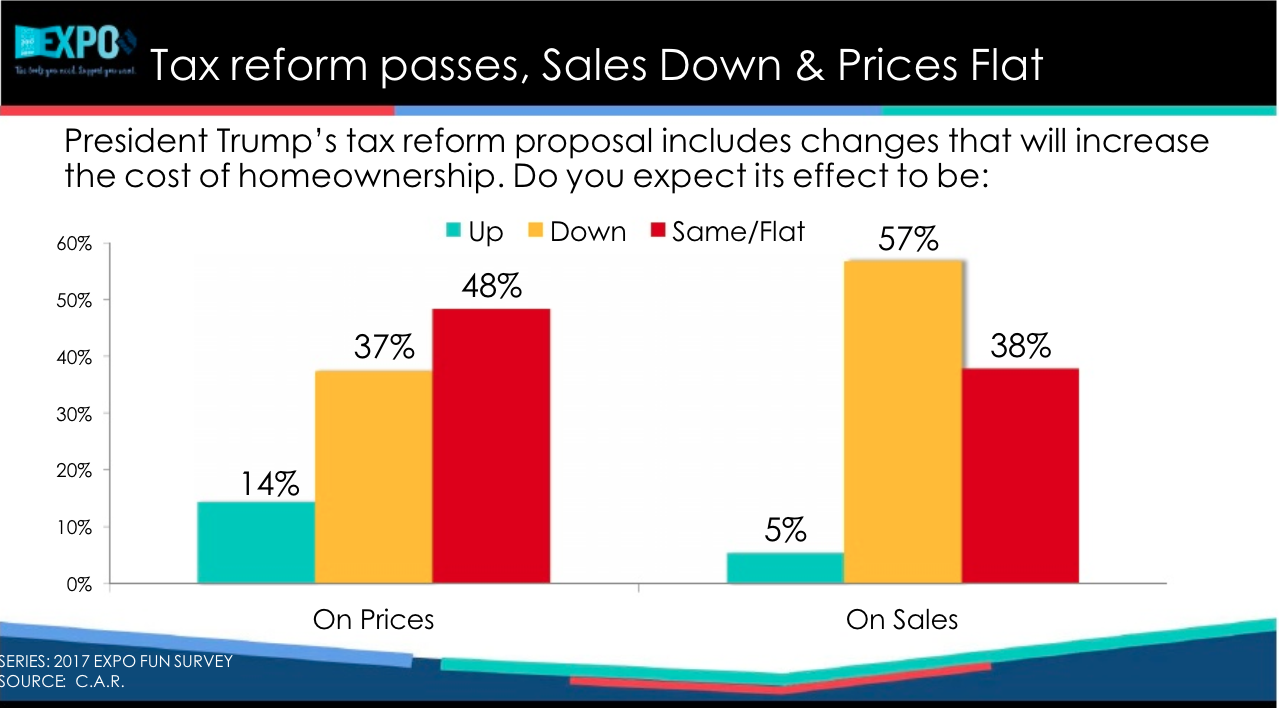 However, LA real estate professionals can rejoice: we’re doing business in the area that inspires the greatest real estate investor confidence in the entire country. This means that the Los Angeles real estate market will have extra support in the event of any economic downturn.

So is this the start of a bubble? It’s possible, but unlikely. The rise in sale prices is justified by record-low inventory and a high level of interest in Los Angeles from both investors and consumers. It’s an extremely competitive market right now, and for good reason.

As the city continues to work towards resolving the affordability crisis, we should expect inventory to grow. The rate of inventory growth is likely to have a strong influence on sale prices. As inventory booms, we should pay close attention to data on sale prices, income growth, subprime mortgages, and housing speculation. If we don’t, then history may very well repeat itself.