Our first market climate map of Q1-2018 is here, and today we’re looking at the sales volume generated by condominiums & co-operatives in The MLS™ Primary Areas. With numerous multi-family developments recently completed and many more on the way, 2018 is shaping up to be an exciting year for a multi-family real estate.

Although Boyle Heights saw the highest growth at 771%, it only sold six homes – a figure that does not hold much statistical significance. Thus, we are ranking the top five areas by greatest quantity sold with a sales volume growth rate of at least 18%. Here are the hottest areas from this past quarter:

This area grew from $52.6 million in sales volume in Q1-2017 to $70.4 million in Q1-2018. The numbers in Downtown Los Angeles give us a slightly better idea of how the market is trending.  The great news is that the activity doesn’t halt here, as there are still a few major ventures within the works for 2018.

Metropolitan has grown from 10 million in sales in Q1-2018 to $17 million in Q1-2018. With plenty of urban development projects on the horizon, we don’t expect this trend to falter any time soon.

Highland Park real estate market is rapidly growing. Definitely earned its place on this list, growing from $1.5 million in sales volume in Q1-2017 to $6.1 million in Q1-2018. What was once considered by many as a run-down area with little to offer has evolved into a “hip” area with attractive restaurants, bars, and art galleries. 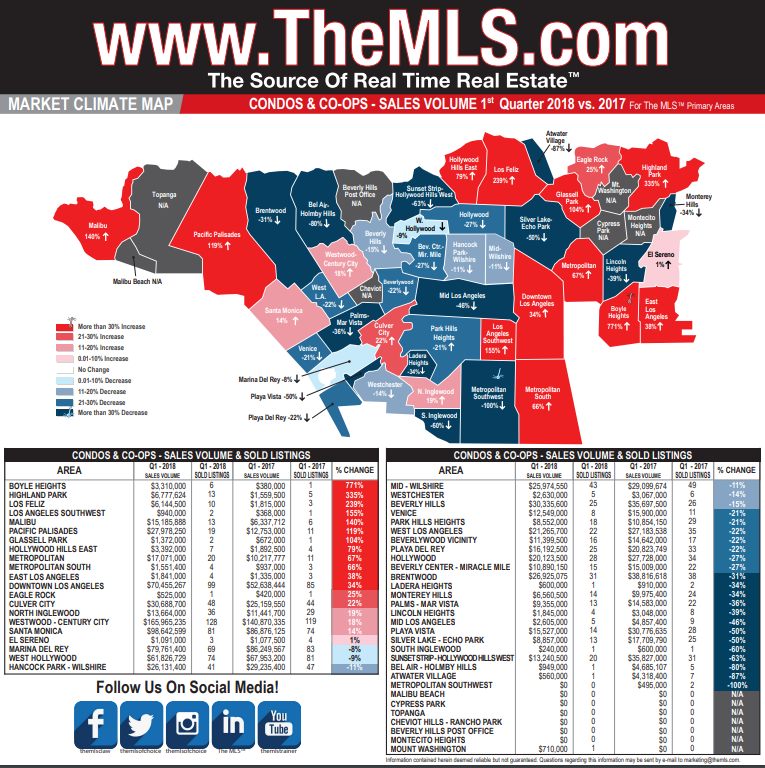